Birmingham, May 20: According to the University of Birmingham, scientists found that blocking the inflammatory response within the spinal twine could scale back harm after spinal twine harm. The findings of the analysis have been printed within the journal ‘Clinical and Translational Medicine’.

Their analysis demonstrated that AZD1236, a drug developed by AstraZeneca, can considerably scale back ‘secondary harm’ brought on by the physique’s response to spinal twine harm (SCI).

Researchers led by Professor Zubair Ahmed, Professor of Neuroscience and lead for the Neuroscience and Ophthalmology Section at The University’s Institute of Inflammation and Ageing, used animal fashions to display that AZD1236 can promote vital nerve regeneration, with a dramatic 80 per cent preservation in nerve perform following spinal twine compression harm.

Crucially, this translated into an 85 per cent enchancment in motion and sensation. These dramatic results have been noticed following solely three days of remedy with AZD1236, beginning inside 24 hours post-injury. Within three weeks, the AZD1236 handled animals confirmed unprecedented restoration, whereas controls nonetheless confirmed vital deficits at six weeks post-injury.

One of the important thing drivers of SCI secondary harm is a breakdown of the blood-spinal twine barrier (BSCB). This leads to oedema (extra fluid build-up across the spinal twine) and triggers an inflammatory response that may finally hinder the therapeutic course of, and result in nerve cell demise.

AZD1236 is a potent and selective inhibitor of two enzymes, MMP-9 and MMP-12, that are implicated within the inflammatory course of. The researchers demonstrated that AZD1236 halts SCI-induced oedema, and reduces BSCB breakdown and scarring on the website of the harm. They additionally examined the impact of AZD1236 dosing on MMP-9 and MMP-12 exercise in each the bloodstream and cerebrospinal fluid, which surrounds the spinal twine.

Here they demonstrated vital suppression of enzyme exercise after each oral dosing, and intrathecal dosing (injection into the spinal canal). Oral dosing diminished enzyme exercise by 90 per cent in serum, and 69-74 per cent within the cerebrospinal fluid. Unsurprisingly, intrathecal injection delivered increased ranges (88-90 per cent) of suppression within the cerebrospinal fluid.

Further research confirmed that AZD1236 suppressed the formation of pro-inflammatory cytokines (molecules which are recognized to contribute to the event of long-lasting neuropathic ache, which frequently follows SCI) by 85-95 per cent. AZD1236 was additionally discovered to be 82 per cent simpler at assuaging SCI-induced neuropathic ache sensitivity to chilly, warmth and contact when in comparison with at present used ache drugs corresponding to pregabalin (Lyrica) and gabapentin.

Professor Ahmed commented: “There is currently no reparative drug available for SCI patients, treatments only provide symptomatic relief and do not tackle the underlying molecular mechanisms that cause or contribute to oedema and blood-spinal cord barrier breakdown. This drug has the potential to be a first-in-class treatment against some of the key pathological drivers of SCI and could revolutionise the prospects for recovery of SCI patients”.

Hitesh Sanganee, Executive Director, Discovery Sciences, AstraZeneca stated: “The work by Professor Ahmed and his team has been supported through our Open Innovation Programme and represents a very successful collaboration between academia and industry to bring about the possibility of real benefits to patients affected by SCI, an area of great medical need. Exploring the potential of AZD1236 for this new indication represents a great outcome for our Open Innovations programme and aligns with our ethos of “sharing concepts and enabling scientific innovation to cross boundaries between academia and trade will assist to translate revolutionary concepts into scientific breakthroughs and potential new medicines more shortly.”

University of Birmingham Enterprise has filed a patent software overlaying selective mixed inhibition exercise or expression of each matrix metalloproteinase MMP-9 (gelatinase B) and MMP-12 (macrophage metalloelastase) after SCI or associated harm to neurological tissue. 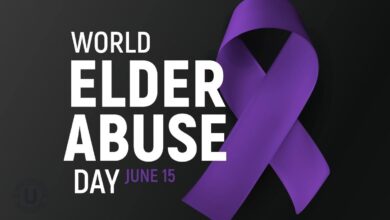 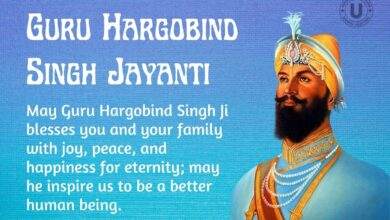