Once upon a time, phones with a 5000 mAh phone battery were considered more than enough. But in 2020, there has been a trend towards phones with a 6000 mAh battery. Samsung launched this new breed of devices in 2019 with its Galaxy M30s.

The latest phone to join the bandwagon is the Redmi 9 Power. But, Xiaomi is quite late to the party. Samsung has done it already with M series, so has Realme and Motorola. So what makes the Redmi 9 Power stand out? Here’s our review

Redmi 9 Power review: What could make you buy it?

The Redmi 9 Power’s battery is its USP, which the brand is hoping will lure users who were looking for a phone with an even bigger battery. The 6000 mAh battery comes with 18W fast charging and I could get from 20 percent to over 50 percent in just under 25 minutes, which is pretty impressive considering the phone is priced under Rs 12,000. In under an hour, the phone was charged around 80 percent plus, which is more than enough battery for two days.

What I also liked was that despite the bigger battery, this does not seem too bulky and it does manage to fit easily in my pant pockets. The phone weighs at 198 grams, which is not too heavy given the battery size.

The Redmi 9 Power has a stylish design as well, and the Electric Green coloured variant looks appealing, though I’m not sure of the giant Redmi branding at the back of the phone. Redmi has gone for a textured back on this phone, which is fingerprint resistant, according to the company. While I could spot the fingerprints, they don’t stand out thanks to the finish. I quite like how the green colour plays in the light, and has a hint of teal to it.

Another useful design feature is the fingerprint scanner at the side, incorporated into the power button of the device. Setting this up was quite fast and the fingerprint sensor has worked accurately, every time I used it.

The phone sports a 6.53-inch Full HD+ display with the Dot camera on top. The display provides a good viewing experience given the price of this smartphone. Be it Netflix or just browsing on social media apps like Facebook, the experience is excellent. It also comes with Widevine L1 certification, which ensures support for HD streaming on apps like Netflix and YouTube. I was also impressed with the audio when watching Netflix, which was adequately loud.

Redmi 9 Power runs the Android 10 based on MIUI 12, and this is one of the first phones I’ve used with the MIUI 12 running on it. It also brings the addition of an app drawer, which I have not seen in previous Redmi or Xiaomi phones given I am reviewing one of these after quite a while. You can choose to add it at the time setting up the device. I find the app drawer quite convenient on Android, and it is good to see Xiaomi add this feature. When it comes to performance, the Redmi 9 Power is a good phone to be your daily driver, though it is certainly not geared for those who want some extra boost for gaming. Social media apps like Facebook, YouTube, streaming services like Netflix run fine, and even games like Alto’s Adventure and Asphalt 8 work relatively well. Just don’t expect a powerful performance for gaming.

If you are someone who suddenly needs a device for Zoom calls or Google Meet, the Redmi 9 Power is able to handle it easily as well. I must add that with a Google Meet call I had some audio issues, even though I gave the app all the required permissions. 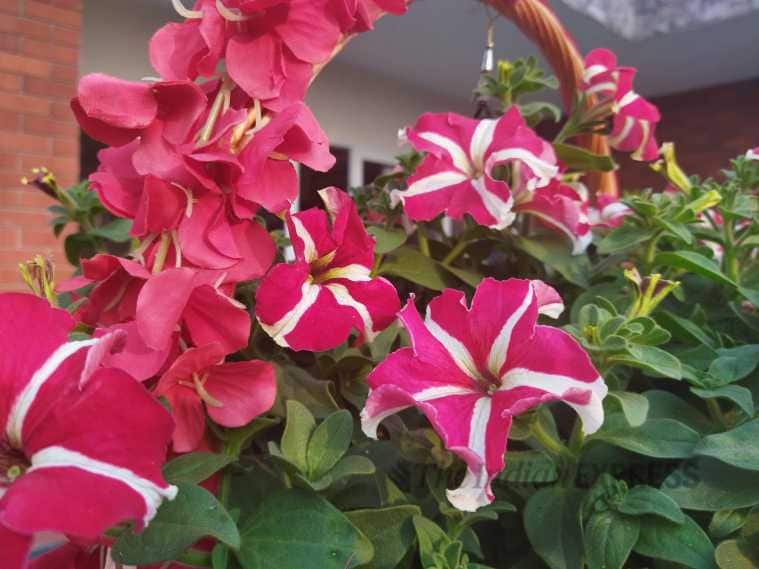 Redmi 9 Power review: What keep in mind if you buy?

I was not quite impressed by the camera. In fact, this would be the biggest disappointment on the Redmi 9 Power given it was really slow and buggy, at least on my unit. At times the camera would just not focus, and would take forever to capture a picture, no matter what the lighting conditions.

Yes, it has a 48MP quad-camera setup at the back, but I expected better pictures, better colours, even though I know it is competing in the budget category. The pictures were just too washed out in some instances. Even photos taken indoors with plenty of lighting didn’t stand out. I know it is a budget phone and cameras in this price range are a little underwhelming, but this one felt even more so.

There was noticeable lag at times with the device, especially when I was playing games like Asphalt 8, though it did not cause disruptions in my gaming session.

Redmi 9 Power review: Who should buy it and why?

If you are looking for a device, which needs to be given to a child for education purposes and do not have a big budget, Redmi 9 Power is a good option. The screen, big battery and fairly good performance mean you can easily use it for educational purposes. Anyone looking for a phone under Rs 11,000 but doesn’t want to compromise on performance or battery life can consider this device.

India's worst efficiency in Take a look at cricket, information the bottom rating in an innings