Ahead of a vote of confidence in his government, Pakistan Prime Minister Imran Khan said on Thursday that he was prepared to sit in the opposition in the event of a defeat, but wouldn’t abandon his campaign against corruption.

The vote of confidence has been necessitated by Pakistan finance minister Abdul Hafeez Shaikh’s shock defeat in the Senate elections on Wednesday. Shaikh was trounced by former premier Yousaf Raza Gilani, the joint opposition candidate, after lawmakers from Khan’s Pakistan Tehrik-e-Insaf party broke ranks in the secret ballot.

In a televised address to the nation ahead of the vote of confidence in the National Assembly or lower house of parliament on Saturday, Khan appeared to indicate there was a possibility he could lose the crucial vote. He said a loss of power wouldn’t make any difference to his efforts to rid the country of corruption.

“These people thought they could hang the sword of no-confidence over me, and because the chair is very important to me, I’d… end all corruption cases against them,” Khan said, speaking in Urdu. “I’m seeking a confidence motion [on Saturday]. I’ll go to the [National] Assembly and say, you decide. This will be an open vote and I’m asking all members to exercise their democratic right, and you can say you are not with Imran Khan. I will respect that… and if you win, I’ll sit in the opposition.”

After creating an upset in the Senate elections, Pakistan’s opposition parties have retained majority in the upper house of parliament and are now looking to bag the posts of chairman and deputy chairman, for which secret balloting will be held on March 12.

The opposition currently has 53 seats in the 100-member Senate, while Khan’s ruling alliance has 47 seats.

Get our daily newsletter in your inbox

Thank you for subscribing to our daily newsletter. 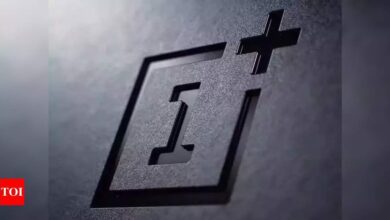 Apple sends invites for special event on September 15… but will it be the iPhone 12?