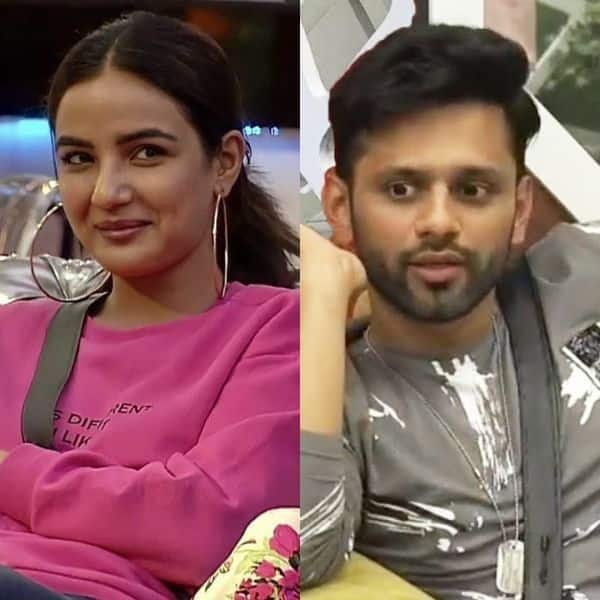 Bigg Boss 14 contestants Aly Goni and Jasmin Bhasin make for an adorable duo. Aly Goni entered the house as a wild card contestant and revealed that he was here for his best friend Jasmin Bhasin. They both have been friends since they worked together in Khatron Ke Khiladi. We have seen the way Jasmin cares for Aly in the Bigg Boss house. Even Aly is very sensitive when it comes to Jasmin and cannot see her crying. In the recent episodes of the show, we saw Rahul Vaidya talking to Jasmin Bhasin about her feelings for Aly Goni. She tells him that she was living her life and was happy, but after Aly walked into her life she started enjoying it. Rahul Vaidya tells her that he has no idea about Aly’s feelings but he knows that Jasmin definitely loves Aly but is not admitting it. He also says, “Tu yahan na yeda banke peda kha rahi hai.” Jasmin laughs after Rahul says this. Also Read – Bigg Boss 14: Abhinav Shukla is NOT making Rubina Dilaik look weak and bad on the show; say fans – view poll result

Rahul then tells her that now God knows how one should make her understand or if she wants God to come down and tell her that she loves him. He sings the song ‘Kya yehi pyaar hai, haan yehi pyaar hai dil tere bin kahin lagta hai’. Jasmin keeps laughing and blushing during this conversation. Jasmin then tells Rahul that if she and Aly get into a relationship their friendship will get spoilt. She says that she does not want to lose a friend for love. Rahul straight away asks her if they are in a relationship and Jasmin denies dating Aly. Rahul asks Jasmin if it is fine for her that Aly dates some other girl. Jasmin says as long as he is happy she doesn’t mind him getting into a relationship with someone else. Also Read – Bigg Boss 14: Was Rubina Dilaik and Abhinav Shukla’s rebellion against Kavita Kaushik’s captaincy by refusing kitchen duties acceptable? Vote now

Rahul tells her that after being in a relationship with someone else, Aly’s priorities will change and he will not be the same friend as he is now. Jasmin says that she wants to see Aly happy and that’s what matters to her and it is also a kind of love to let go someone who you love because that person is happy. Rahul then sings ‘Laag Jaa Gale’ and Jasmin gets emotional. Rahul hugs Jasmin. Also Read – Bigg Boss 14, Day 48, Preview: ‘It’s over,’ Jasmin Bhasin calls off her friendship with Rubina Dilaik; Abhinav Shukla annoyed with wife’s behaviour