We have created a list of short films and web series starring Pooja Kashyap. All the web series mentioned here are suitable to be viewed only by adults.

A short and tender story about a couple who tries to spice things up in their relationship. And the easiest way to do so is just going for swinger club or love exchange.

Pooja Kashyap another sensational flick that no one can miss actually. She gave one hell of a performance in the short series titled Bitch.

Surprisingly, I have never written about Kavita Radheshayam while mentioning how the OTT industry has shaped the Indian skinemax content. Here’s one tiny tale with Pooja Kashyap and Kavita Radheshyam in the lead role.

Pooja starred opposite Shakespeare in this short series titled Tharki Boy. These web shows don’t have any premise, but to please you, you won’t regret watching them.

One of her soothing scenes came from Balloons Originals Naughty Hotty. She is feisty, gorgeous, and bold every time she came in front of the camera and makes love to her co-stars.

Pooja Kashyap and Soniya Singh make a good pair and this is the reason that 2nd episode of the Daraar is much more compelling and soothing.

Nuefliks is famous for its explicit content and Pooja Kashyap is also well known in the industry for bare everything for the cinema. The combination of these two things gives many memorable series and short films. Teddy is one of them.

This one is pretty special as Parchayi is directed by Tan. While Tan has been slightly off these days but he is the man behind some of the great skinemax movies and videos.

There are a few incidents when creators go full creative even in the skinemax series. This short film titled Hot Basanti shows a robot going intimate with a man. Pooja Kashyap played robot and this film is a must-watch no matter what you get from the title.

In this short series, Pooja Kashyap was seen romancing Arita Paul. Both the actresses are well known for their comfortability while performing explicit scenes in front of the camera.

Another sensational short film that shows Pooja Kashyap in her boldest most avatar. The series is available to watch on Nuefliks official app. The scenes are shot wonderfully, Pooja Kashyap’s expressions make all the difference.

Loyalty Test is a short sensational series from Kooku App. It has Pooja Kashyap playing a significant role. The series is about infidelity in a relationship.

It a comical drama where girls get themselves in a bet to sleep with guys. The Drive is amazingly astonishing and featured one of the best scenes shot ever.

A thrilling episode from CinemaDosti Originals Sunday has Pooja Kashyap’s one of the best scenes from her career. You better watch it.

PG Wali Ladki is a well-executed comedy-drama showcasing a girl’s life during PG’s stay, only the rebellious and bold parts.

The most seductive sensational play as Pooja Kashyap went down on Kajal and created a controversial same-gender romantic scene. That’s the premise for the whole screen time. 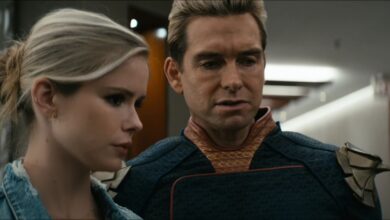 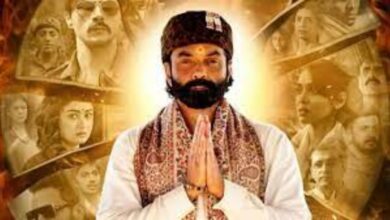