Mi 11 Ultra is expected to feature a 50-megapixel camera sensor, as per an image tweeted by tipster Abhishek Yadav. This image does not mention the name of the smartphone and it does not even give further information on the full camera module. A previous report had also claimed that the purported Mi 11 Ultra will feature a triple rear camera system with one 50-megapixel sensor and the other two being 48-megapixel. Mi 11 Ultra is expected to be the top-end version of the Mi 11 series of smartphones.

In the tweet, Yadav says that the evidence of Xiaomi’s 50-megapixel camera smartphone is found in MIUI camera app. It could be possible that the image is a part of a list that shows the resolution of sensors that Xiaomi is working on. Xiaomi hasn’t released any official statement on Mi 11 Ultra.

Earlier this month, an instance of the rumoured Mi 11 Ultra’s name came up in a YouTube video that showed black and white colour variants of the phone. The video, that was quickly taken down, showed a large camera module that housed three sensors. The uploader claimed that the trio of sensors on Mi 11 Ultra includes a 50-megapixel primary sensor, a 48-megapixel sensor with a wide-angle lens, and a 48-megapixel periscopic telephoto zoom lens. He claimed that the phone will feature a 20-megapixel selfie shooter housed in a hole-punch cutout.

Mi 11 Ultra is expected to be the top-end variant of the Mi 11 series that was introduced with the launch of Mi 11 in China in December. The phone later debuted globally last month. Speculations are rife that Mi 11 Ultra will be powered by the Qualcomm Snapdragon 888 SoC. It may feature a 6.8-inch curved OLED display with 120Hz refresh rate. It may come with IP68 water resistance and a 5,000mAh battery.

What will be the most exciting tech launch of 2021? We discussed this on Orbital, our weekly technology podcast, which you can subscribe to via Apple Podcasts, Google Podcasts, or RSS, download the episode, or just hit the play button below. 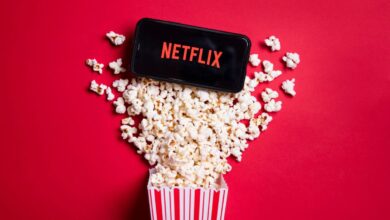 Ankita Lokhande says the serial made ‘me who I’m today’