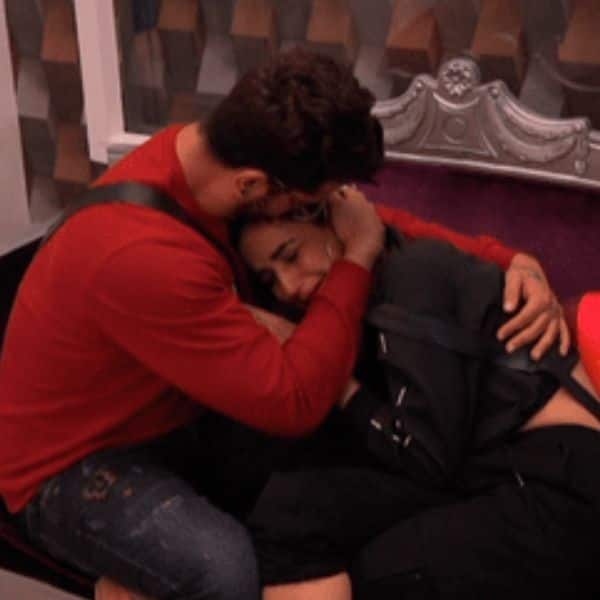 Here’s a little recap of the latest Bigg Boss 14 episode:

Since it was the eliminations task, Bigg Boss asked the contestants to divide into a pair of twos. While the pair would sit on a podium with a buzzer, they will have to keep a tab on the minutes passing by. They have to keep a count close to 37 minutes. Other contestants will distract them by asking not so nice questions. In the task, Jasmin Bhasin and Aly Goni pressed the buzzer after about 57 minutes which was beyond the given timing. Also Read – Bigg Boss 4, Day 51, Live Updates: Jasmin Bhasin and Aly Goni to fight for elimination

Now, since Jasmin and Aly pressed the buzzer way off the said timing, they are running the risk of being eliminated from the show. Since one has to go out this week. Bigg Boss asks them to decide between themselves and come up with a name. Aly says, “Main sirf tujhe jeeta hua dekhna chahta hoon. (I want to see you win the show).” Jasmin says, “Main ye nahi kar sakti. Tere bina mera yahan rehne ka matlab hi nahi hai. (I cannot do this. I don’t see the meaning of me staying inside the house if you are not here).” We see Jasmin and Aly constantly trying for each other to stay inside the house. They cry over it. “Maine tujhe jeet liya na mere lye kaafi hai, (I have won you and that’s enough for me),” says Aly but Jasmin is admant. “Yaar mujhe nahi khelna na tera bina. (I don’t want to play without you),” Jasmin breaks down. Aly threatens her saying, “Tu chali jaati hai na, main kal se khaana peena chood dunga, I swear main tut jaunga Jasmin. Mujhe tujhpe bharosa hai, bharosa mat tod. (If you leave today, I’ll stop eating and drinking. I’ll breakdown. I have full faith in you, don’t break it).” Also Read – Bigg Boss 14: ‘They were battling quietly,’ Rubina Dilaik’s sister, Jyothika REACTS on her divorce revelation

“Mujhe tu chahiye yahan, (I want to here),” Jasmin tries pleading. However, Aly is not ready to listen to her. Aly says he wants to see her win but Jasmin says that he can win in her place. They hug it out in the end. Jasmin and Aly would announce their decision in tomorrow’s episode. Also Read – Bigg Boss 14: Fans shame Kavita Kaushik for questioning Eijaz Khan’s molestation incident

What Items to get for Christmas?