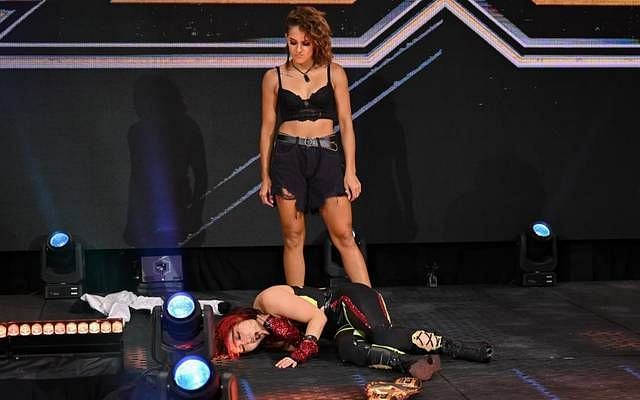 In a recent interview, Io Shirai was asked about defending her title against Dakota Kai. Here’s what the NXT Women’s Champion had to say:

Dakota is trying to win in any way she can, by changing her style, kicking me in the face, or bringing in Raquel González. Io Shirai is not a champion who can be broken. I will be smart and I will break her with my grace.

The NXT Women’s Champion opened up about her respect for both Charlotte Flair and Rhea Ripley:

Being honest and with no sense of irony: Charlotte is the Queen. It takes a lot to be on top, only someone who has been there can understand, and one mistake can be exploited and attacked. Charlotte has a strong heart and remains unfazed and stands tall. She is also humble, kind and very professional, all of which have contributed to her success. I have only had a few encounters with her, but I am glad I have been able to have those opportunities. Rhea has an incredible aura. She has a great personality and I respect the effort she puts in at the gym. Her look, her momentum, her youth and her athletic abilities are very appealing.

In a recent interview, Io Shirai revealed that Asuka is the WWE Superstar she wants to face in the future. You can read more about that HERE.

In which order should my skincare products go? (Part 1/2)