Prison Break is an American television serial drama, which basically chronicles around two brothers Lincoln and Michael, their strong bond and how they’d go to any limits to save each other.

When Fox launched the series way back in 2005, it became a sensation hit in no time. And what’s even more intriguingly surprising about this show is that it was shot in a legitimate prison, know as the Joliet Correctional Center!

The highlight of this whole show is Michael Scofield’s intelligence, his way of dominating every fiasco and turning it into a victory. And of course, Michael and Sucre’s bromance and his love angle with Sara are another two strong suits of this series.

It has enough plot lines, subplots, and character developments to make you sit there and gape at it in awe because the show is brilliant. If you still haven’t watched it, well, we’re here yet again to help! We’ve brought you the index of Prison Break to help you catch up with this awesome series as this prison break story will blow you mind for sure. 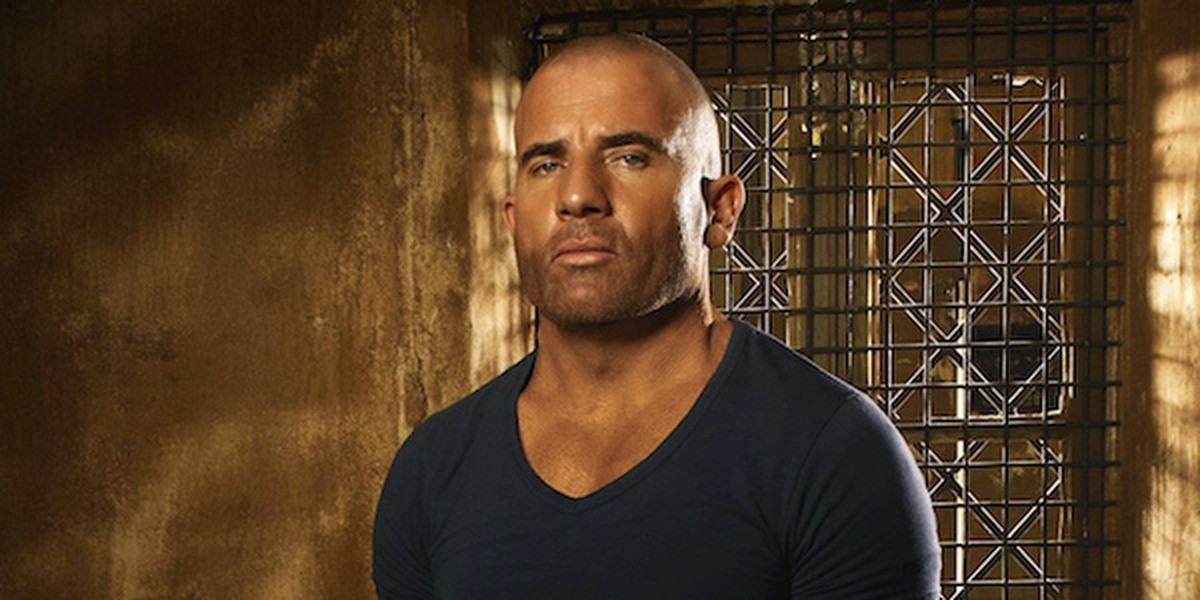 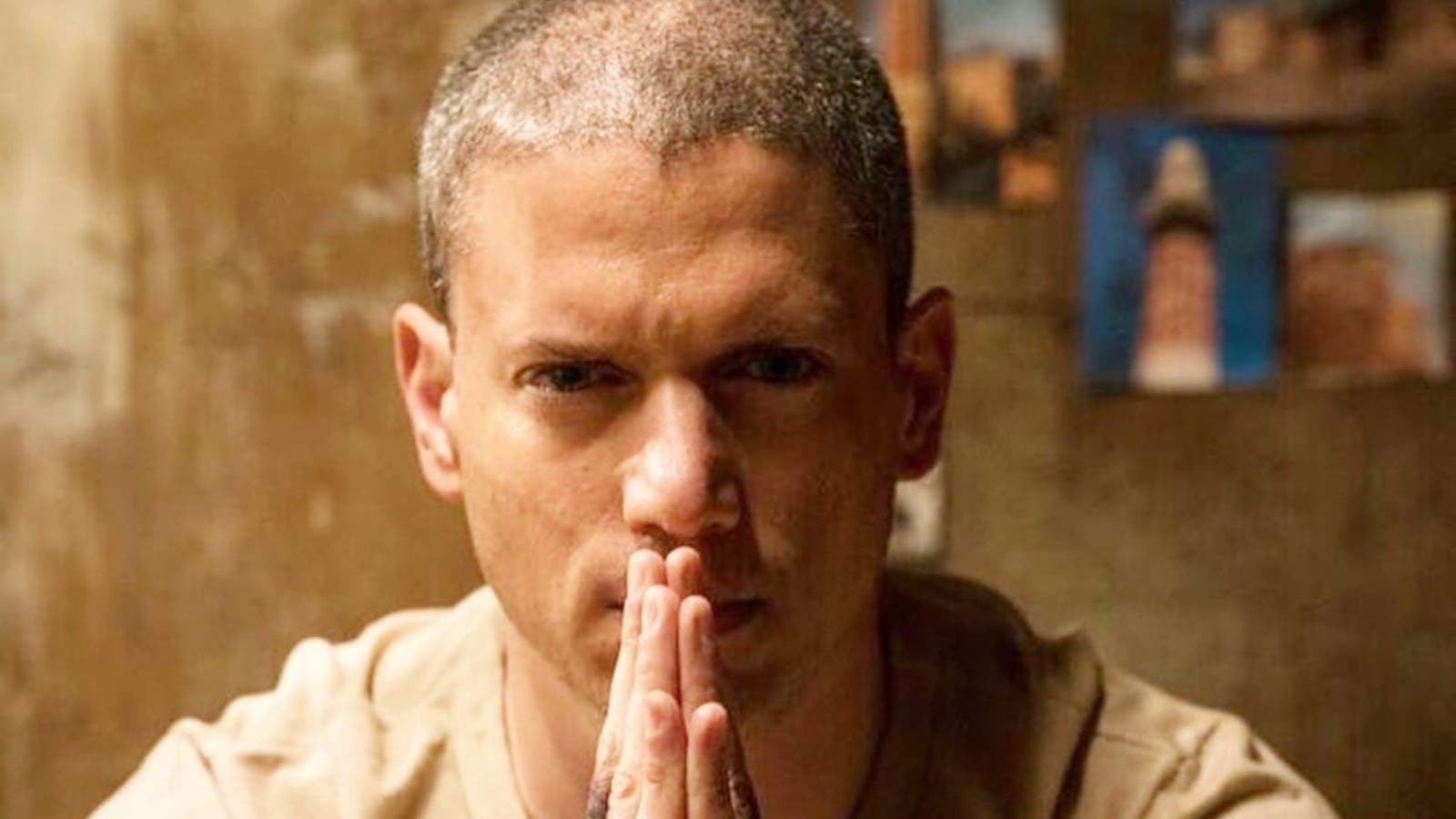 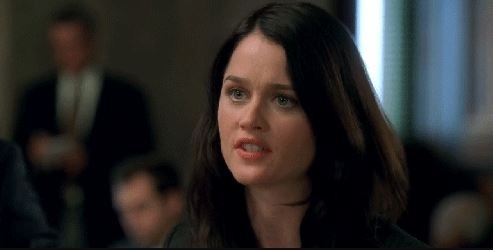 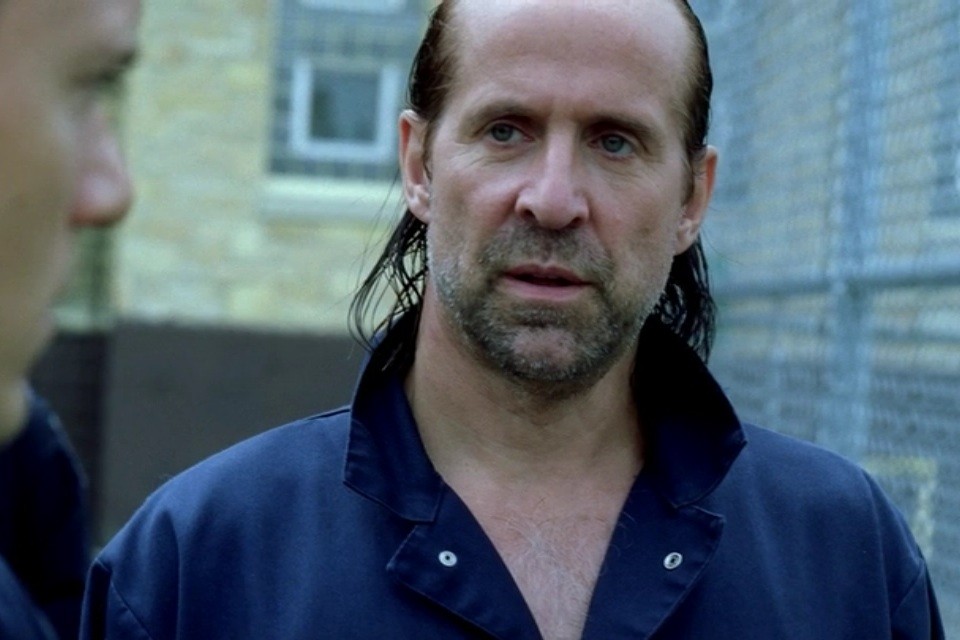 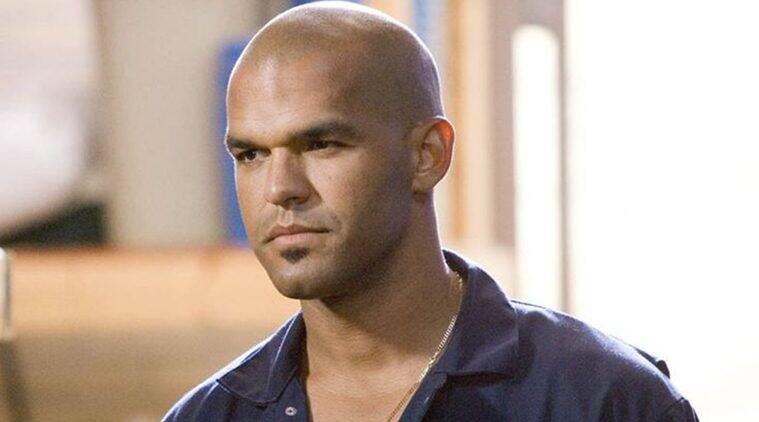 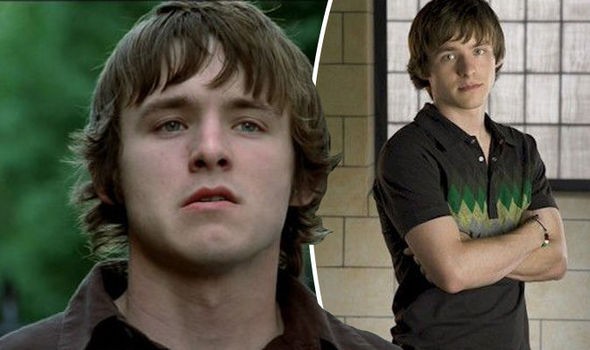 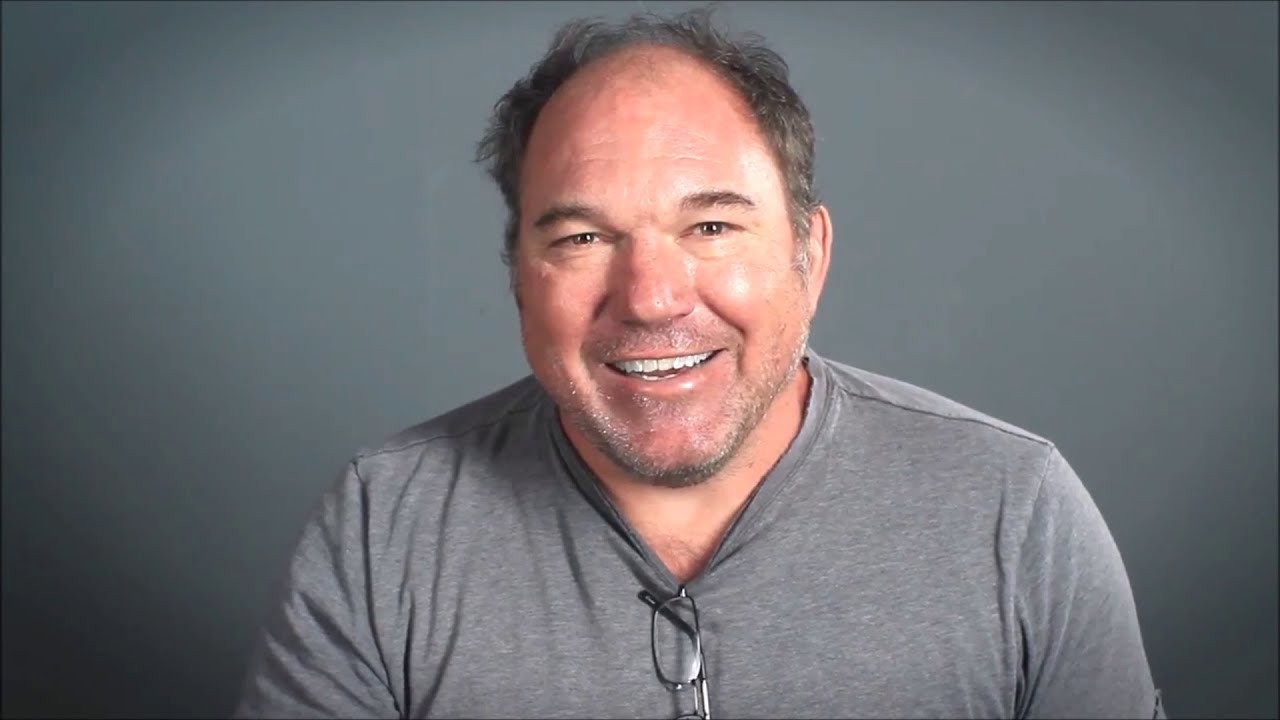 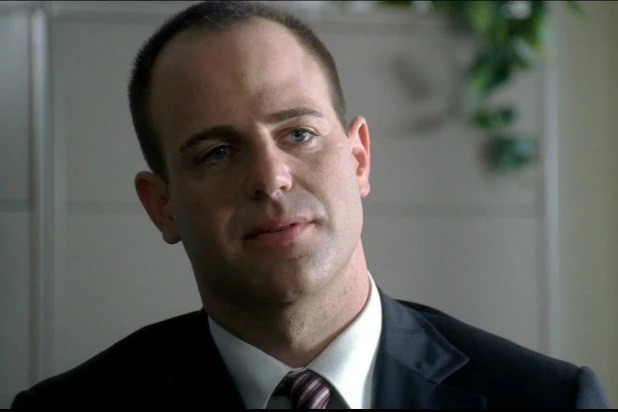 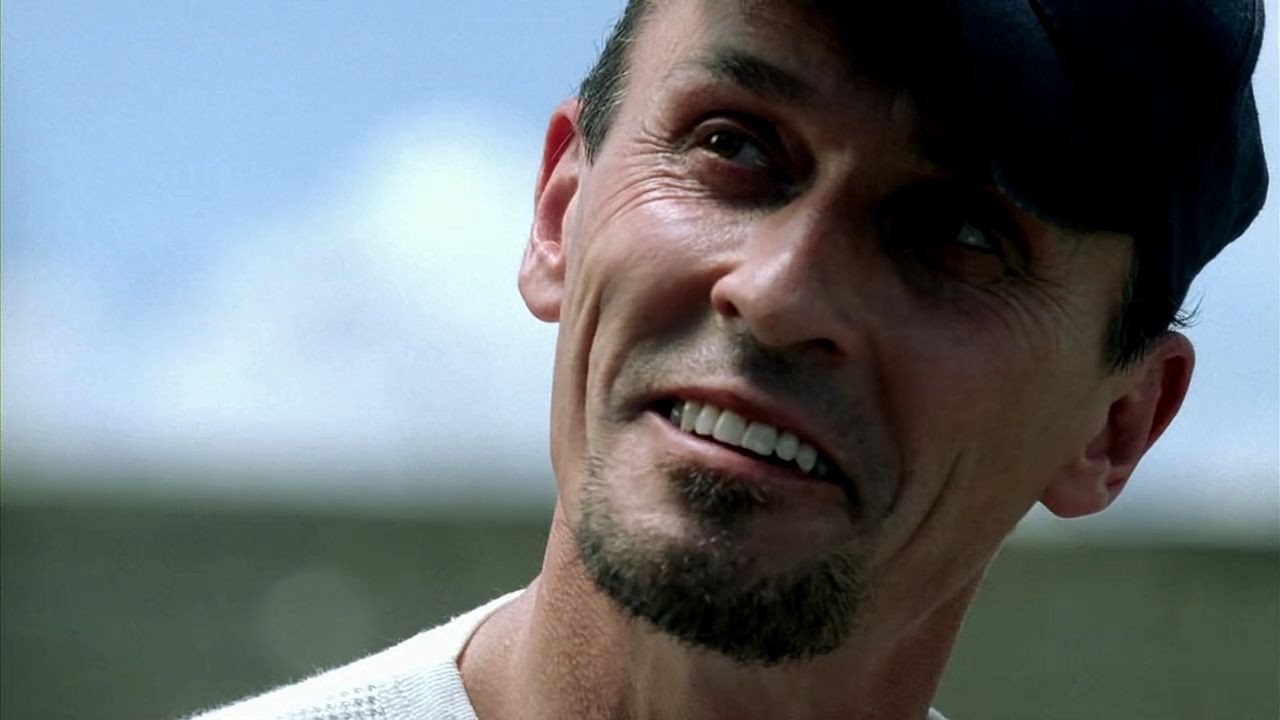 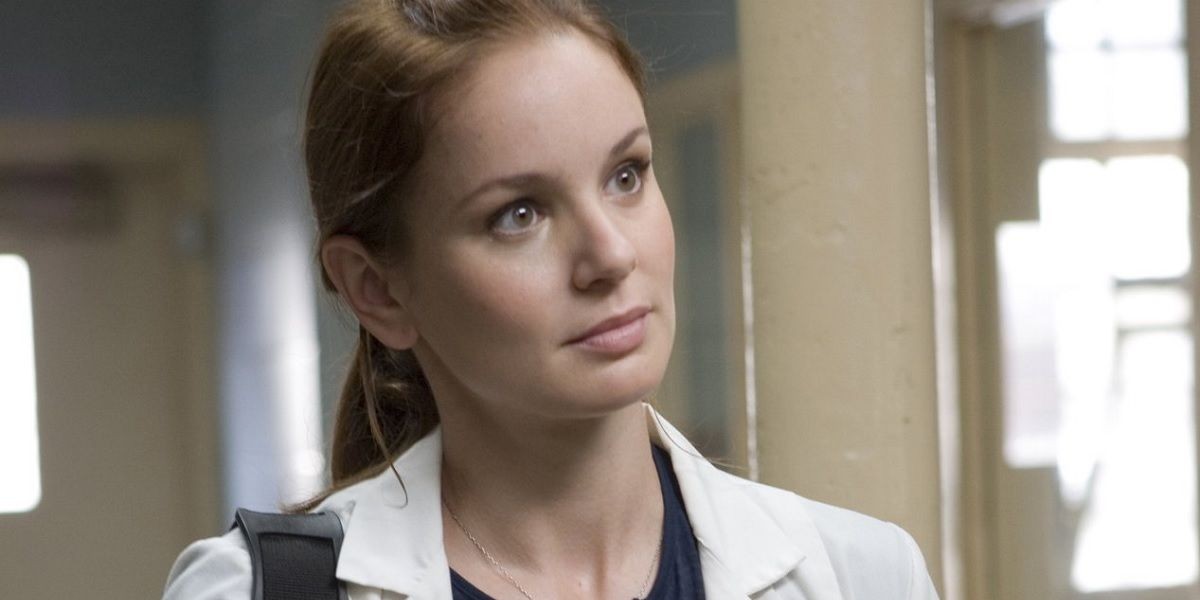 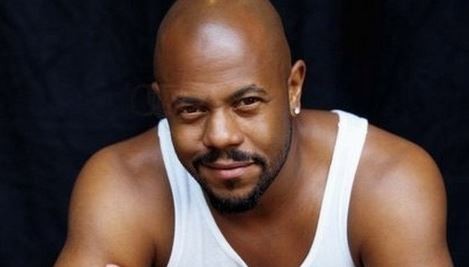 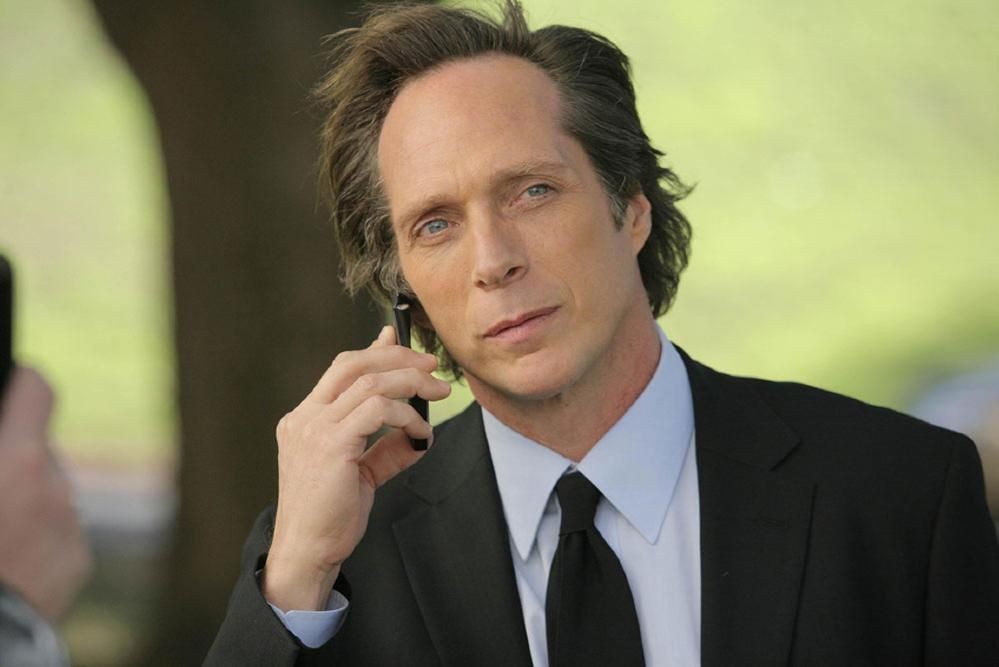 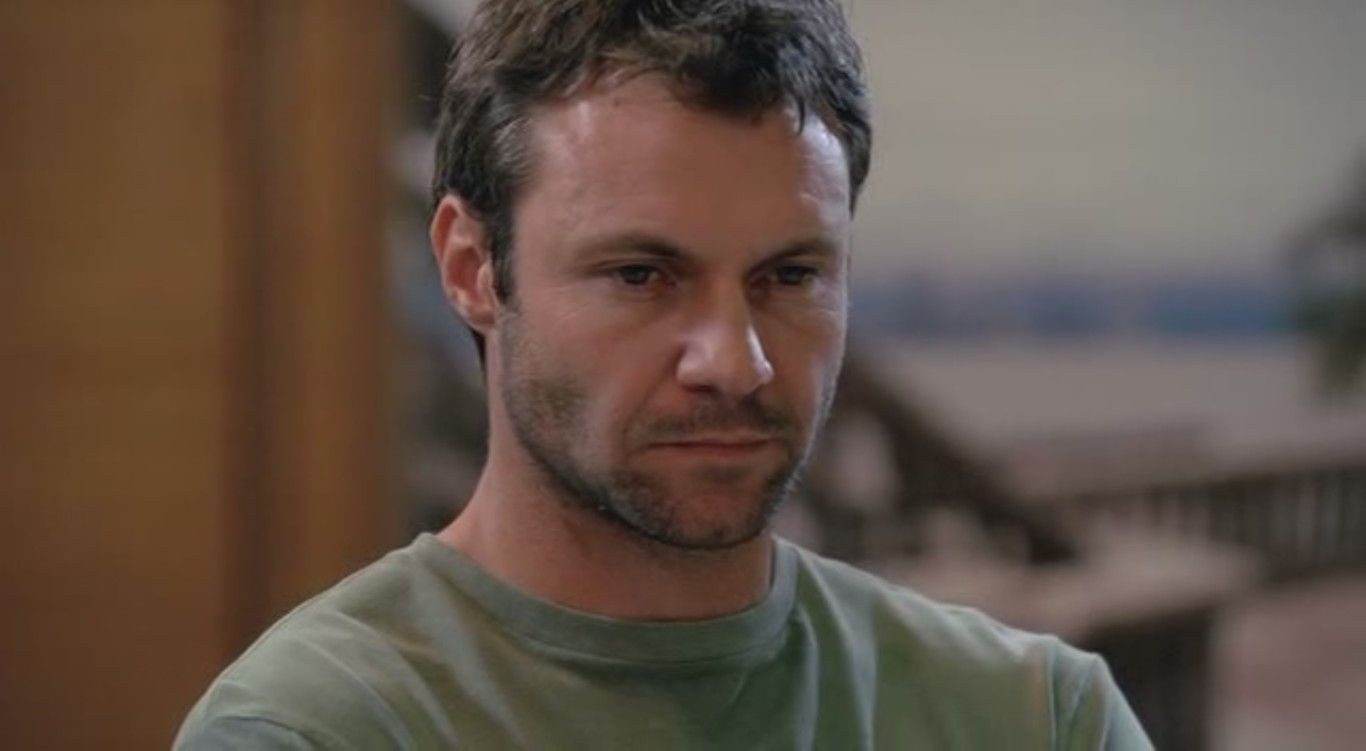 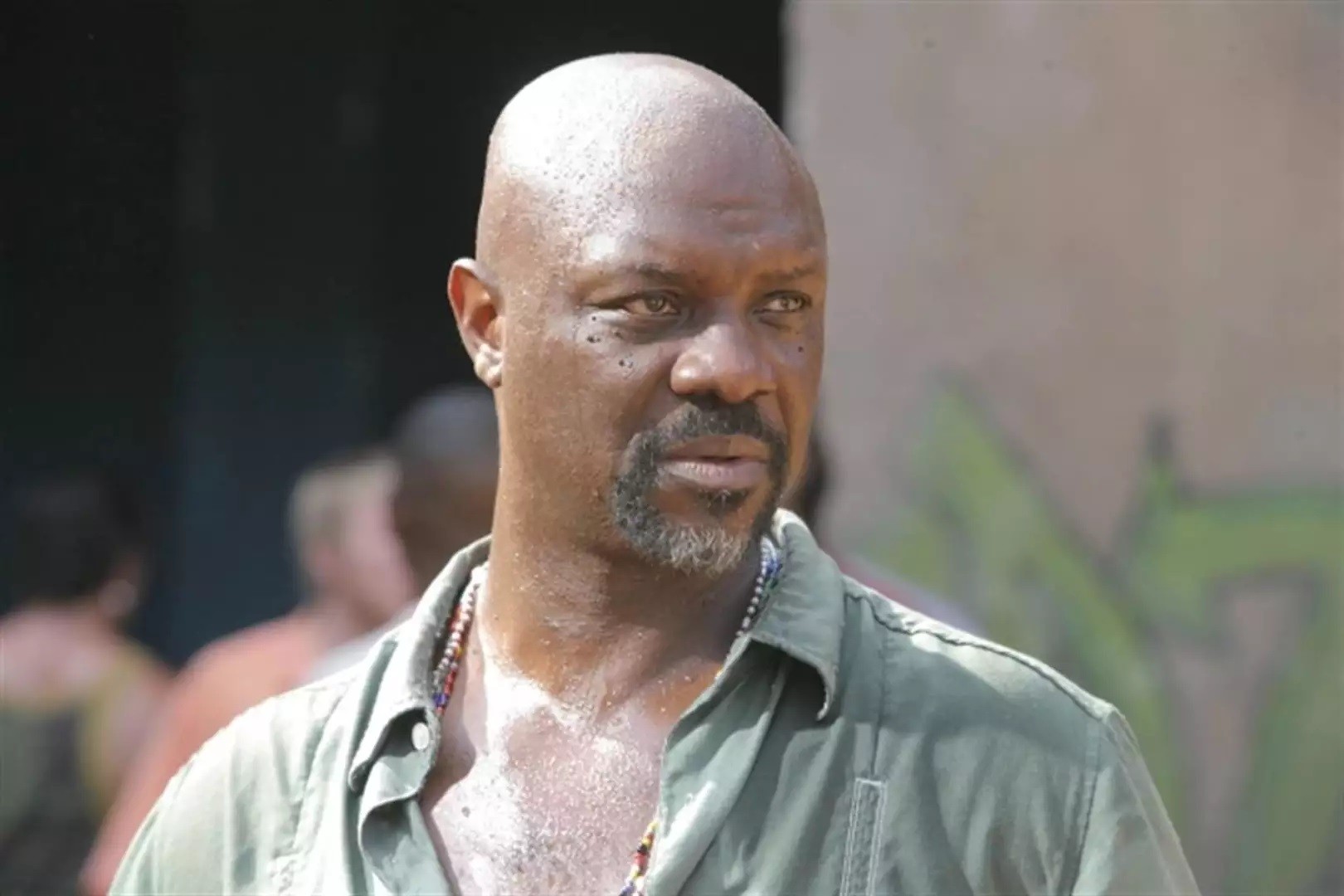 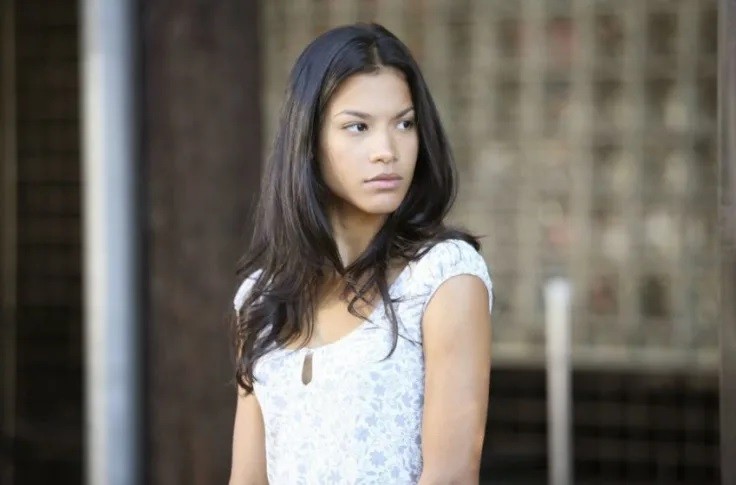 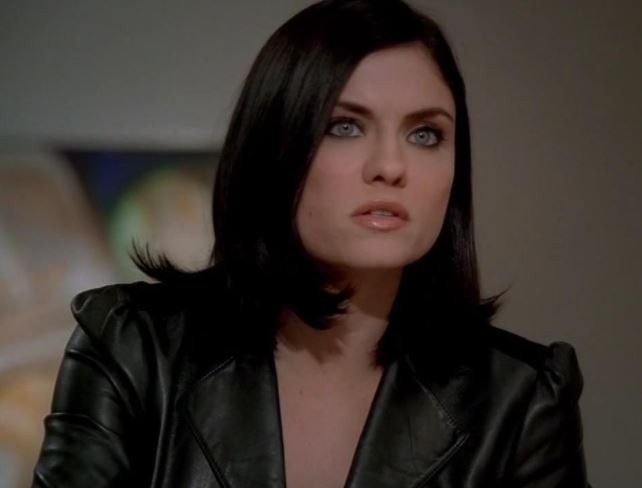 Suggested: Index of series: The Originals Season Recap: The pilot season chronicles the saving of Lincoln Burrow, who was allegedly blamed for having killed Terrence Steadman. Terrence Steadman was the sibling of the Vice President of the United States, known as Caroline Reynolds.

The jury decides that Lincoln must be sentenced to death, and so becomes the verdict passed. He was imprisoned in the Foz River State Penitentiary, where he was waiting for his final execution.

However, destiny had something completely different in-store. Lincoln’s brother, known as Michael Scofield was a brilliant structural engineer. He was sure that Lincoln was not guilty or rather, could not be guilty, He thus schemes out a feasible escape plan for Lincoln.

To get in touch with Lincoln, he deliberately robs arms which gets him imprisoned at Foz River too. He then plays pretence of suffering from Type 1 diabetes, and this way establishes a friendship with the prison’s doctor, Sara Tancredi. He does so so that he can gain access to the jail’s infirmary, which is where he usually got his insulin shots on the daily.

While the brothers were fighting together to eradicate the whole execution and escape, their age-old friend, Veronica Donovan, on the other hand, started digging deeper into the case. She knew Lincoln was not guilty, so she started to find out her own clues and join her own dots.

But some hurdles and roadblocks stood firm on their path to their ultimate goal. They were covert agents, basically members of The Company which was an organization. The brothers successfully form a mutiny with six other inmates, manage to secretly dig a tunnel out of the prison, and escape. 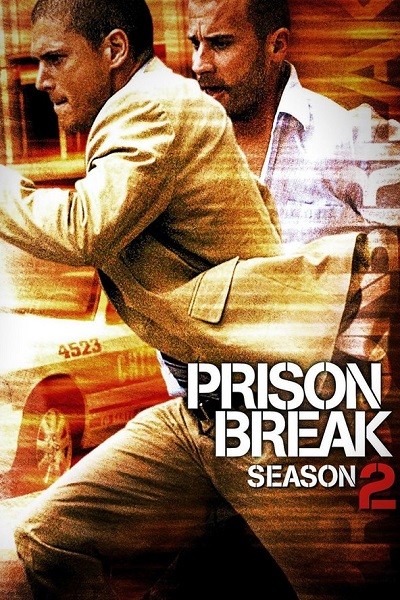 The one team of eight splits into individual men, as each refugee now starts on their individual goals. Meanwhile, the prison’s security guard, Brad Bellick gets fired after the whole fiasco of maintaining the vigilance. But greed makes a man hungry. He wanted the reward money for himself, so he starts chasing the fugitives, trying to pin down their whereabouts and capturing them.

Numerous inmates now unite as one, to find out a chunk load of money that was buried ages ago by another inmate, known as Charles Westmoreland.

Meanwhile, Federal agent Alexander Mahone was tasked with the assignment of tracking the eight fugitives down and bringing them back. But nobody knew that he was actually working for The Company. And in that case, there was no way he would be bringing them back alive for their punishment he’d bring their corpses instead.

Quite astonishingly, the current President Reynolds was also an active member of The Company, and the brothers were scheming to bring him down as well. When Sara’s father, Governor Frank Tancredi, gets killed she meets Michael up and remains with them.

To protect the brothers from harm and law, Sara turns herself in as guilty and gets arrested ready to face trial. While the trial is going on, the Secret Service agent Paul Kellerman testifies against them that manages to prove Sara and Lincoln innocent, thus helping them attain bail. Surprisingly, Kellerman used to work for the President who is an active member of the Company too.

On their way, while reaching Panama, half of the members get captured by the Panamanian police, including Michael, T-Bag, Mahone, and Bellick. However, the brothers manage to successfully reach Panama. 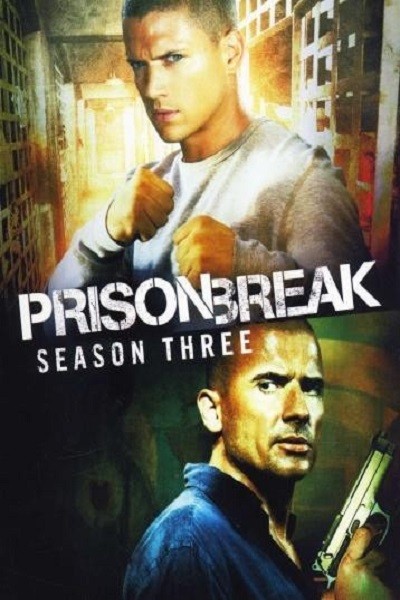 Season Recap: Michael is inside Sona and Lincoln is on the outside of Panama, and season 3 chronicles through both. Sona is basically a jail that has forever been run by inmates, now guarded on the outside because of a riot that took place the previous year.

The inner strategies and day to day functionalities go something like this the inmates are served food and water from the outside and are expected to distribute them evenly to the ones inside.

The place is surrounded by armed and skilled guards who directly shoot whenever they catch an inmate escaping. Gretchen Morgan is a cooperative of the Company, who supervises the operations at Panama, and contacts Burrow.

Burrow is the one who kidnapped his son LJ and Sara, the latter with whom Michael is in love with. Morgan communicates with Scofield and tells him that the Company wants him to help James Whistler break free from Sona prison.

Michael and Whistler sit together and try to bring out a mastermind escape plan, amidst all the tension and stress that Michael deals with along with his brother Lincoln dealing with the Company operative Gretchen Morgan.

However, things start to look better when Sucre bags a job at the Sona prison and is there to secretly help Michael out. Lincoln receives a clue from Sara that prompts him to go save her, but Gretchen has other plans as he sends him a beheaded head as a warning that he has killed Sara.

Towards the end, the duo manages to escape along with Mahone and Luis, two other inmates but sadly had to leave behind their friends T-Bag and Bellick. However, Sucre’s identity gets revealed in front of a prison guard and thus, he gets thrown back into the Sona after the escape. LJ and Sophia get traded for Whistler, and Michael swears to seek revenge for Sara’s death. Alternatively, you can also see the Prison Break all seasons to download in 2020. 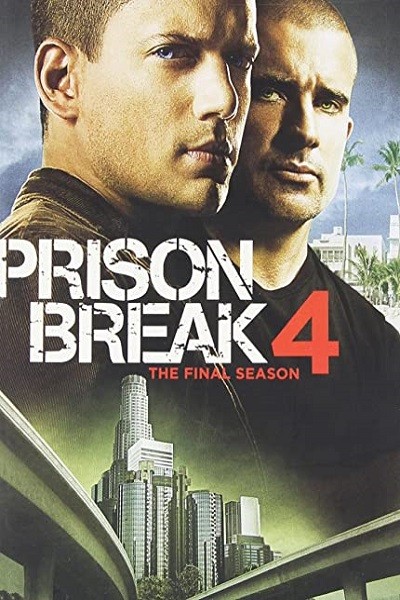 Season Recap: The main plot of the fourth season revolves around a team that was taken in by Homeland Security agent Don Self. He did so with the sole purpose of obtaining Scylla. There was a certain notebook owned by the Company, which was thought to be the black book.

However, things did not seem so black and white when it was later discovered that the book had valuable information on an advanced renewable power cell. By the mid of the season, the team has already gone through numerous hurdles and planning and plottings to obtain the cards and break into the headquarters of the Company.

The good news is that Sara is still alive, but on the flip side, Bellick dies as he sacrifices himself. Another great revelation in the store was that Self was playing the role of a double agent all through this while, as he had the ulterior motives of selling Scylla to whoever was going to bid the highest amount of money on it.

Sadly, Michael is seen suffering from hypothalamic hamartoma, and Lincoln is seen reluctantly joining the Company to retrieve Scylla back. However, Michael gets treated and revives back to a healthy self in the Company itself.

Another huge revelation that takes place is that Michael gets to know that his mother Christina was alive. Consequently, he also learns that she was an agent of the Company had acquired Scylla to sell to whoever would bid the highest amount for it.

By the end of the season, Michael, Lincoln, and his team had acquired Scylla by defeating everyone, the General and the Company were taken down and made to bite the dust, and Christina dies at the hands of Sara. In the last episode, we see Sara with her young son, buying flowers to visit Michael’s grave along with Lincoln, Sucre, and Mahone.

We get to know what actually went down that led to Michael’s death. Basically, Sara gets imprisoned in the Miami-Dade jail for murdering Christina, with T-Bag and General in the men’s facility right next to her’s.

However, the general wanted Sara to die and thus put up a bounty of a hundred thousand dollars on her. When Michael hears the bounty, he schemes a plan out to break her free. In the end, he sacrifices himself so that Sara can escape. 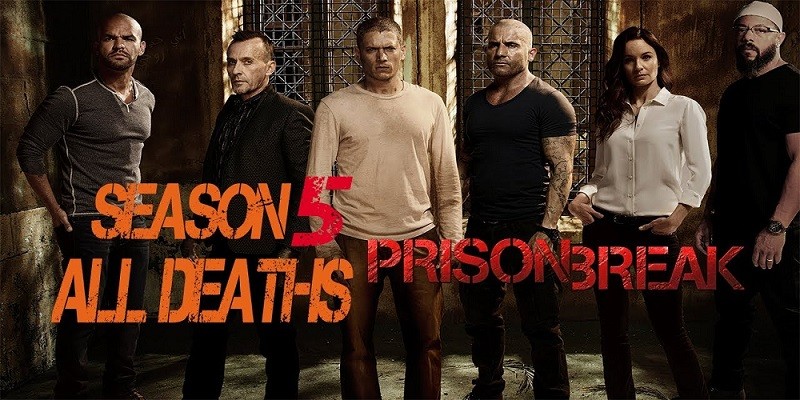 Season Recap: It has been seven years now that Michael had died when he sacrificed himself for Sara to escape. But to everyone’s astonishment, Michael Scofield re-emerges in the Ogygia Prison in Sana’a, Yemen.

He takes up the pseudo name of Kaniel Outis to keep his real identity under covers. A war is waged on the country, and things seem to worsen down day by day.

But even in the midst of war and bloodshed, Michael’s best of friends his own brother Lincoln Burrows and his old friend Benjamin “C-Note” Franklin who was also a Fox River fugitive, decide to cross miles to save Michael and bring him back home. The Prison Break final episode will thrill you for sure.

But situations in the United States have worsened too like Sara, Michael’s love, who has now married someone else, is on Poseidon’s radar who is desperately trying to hunt her down. And we later learn that Poseidon was the same operative who was responsible for the disappearance of Michael as well. Now you can wait for the Prison Break season 6 to know the next crime story on the series.

If you read our Prison Break review in detail then with the characters in this best web series to watch on Amazon Prime, you fall in love with them and the next moment they are killed in a split second, and no one bats an eye. The show is fast with its proceedings, and yet slow enough to let you absorb the whole plot in. And of course, we can never appreciate T-Bag enough.

Every show needs a tremendous villain and this one’s a series that can make you fall in love with heroes and villains alike. Turn the lights off, head over to our links, and start watching this Best Crime tv series to stream online in 2020. Happy binging!

Trending: Index of ‘The Walking Dead’ season 1 to 10

This Prison Break index contains all the ethical & official links along with Prison Break all episodes list is for entertainment purposes only. Our objective is to inform and bestow people with basic knowledge. We have only provided official links to watch and download Prison Break series online in 2020.

We don’t claim any content that is shared on this platform as ours. After all, we are just providing the information that you need. We encourage you to watch Prison Beak television series ethically. We stand firmly against hacking, stealing, and whatever action associated with the crime. We firmly oppose and do not encourage any unethical acts or piracy in any manner. Always watch any kind of show or series online in an ethical way.