Hollywood star Alexander Skarsgard believes that his upcoming movie Godzilla Vs Kong does not present an archetypical story of good versus evil.

The Adam Wingard-directed movie, which hails from Warner Bros Pictures and Legendary Pictures, is the fourth chapter in the MonsterVerse universe.

Skarsgard, the star of movies and shows such as The Legend of Tarzan, Big Little Lies and The Little Drummer Girl, features in the new movie as Dr. Nathan Lind, the former Monarch chief geologist and subterranean cartographer.

“Nathan was fun to play because he’s not a tough guy or ex-military or what you’d expect to find in a proponent of this dangerous mission. He’s smart, he knows the stakes are high, and he’s very motivated,” the 44-year-old actor said in a statement.

Godzilla Vs Kong focuses on Kong and his protectors, who undertake a perilous journey to find his true home, and with them is Jia, a young orphaned girl with whom he has formed a unique and powerful bond.

They, however, unexpectedly find themselves in the path of an enraged Godzilla, cutting a swath of destruction across the globe.

Skarsgard said he liked the film’s story as neither Kong nor Godzilla can be labelled as “good or bad”.

“It’s more nuanced than good versus evil, because Kong and Godzilla are not good or bad. They may be apex predators but really they’re animals and they do what animals do. One reason they go after each other is because they’re both alphas, and there can only be one alpha,” the actor said.

The film released in India on Wednesday in English, Hindi, Tamil and Telugu. 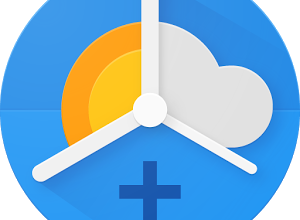