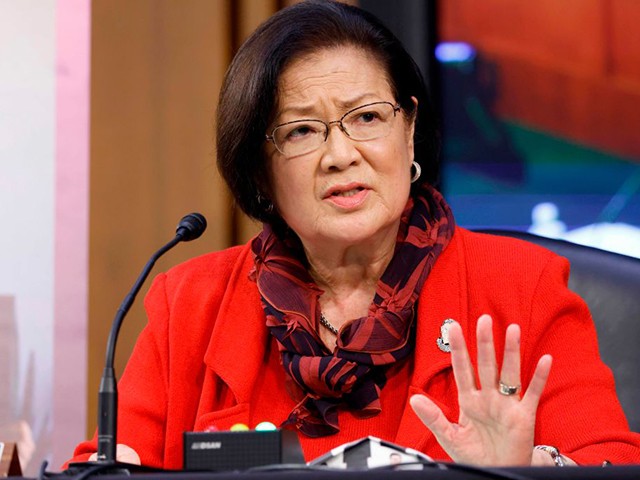 Throughout Saturday’s broadcast of MSNBC’s “The Cross Connection,” Sen. Mazie Hirono (D-HI), a member of the Senate Judiciary Committee, argued Congress ought to try and multitask with former President Donald Trump’s impeachment and go COVID-19 reduction.

Based on Hirono, the goal of impeachment was to carry Trump accountable for the “violent insurrection” and stop him from working for workplace once more.

“It’s very clear, Tiffany, that we need to not only hold the president accountable through an impeachment trial but to get on with passing a COVID relief bill,” she stated. “And we can do both. Much of this depends on Mitch McConnell’s willingness to do the right thing for the American people. So, that’s where we are, Tiffany. I know we can do both. All it takes is will on the parts of the Republicans at this point.  Whether 17 of them will go along to convict this president of what we all experienced as a violent insurrection at the Capitol remains to be seen. I think a few of them will, but I don’t know that we’re going to get 17. But that doesn’t mean that we shouldn’t proceed to hold this president accountable, and that doesn’t mean we shouldn’t stop him from ever seeking elected office again, and that just takes a majority vote.”

A Quiet Place 2 Will get Delayed But Once more, Will not Arrive Till Fall 2021