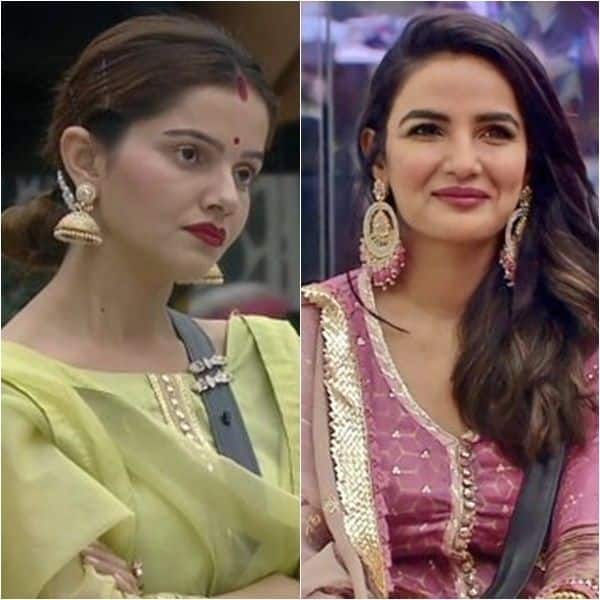 The tension between Rubina Dilaik and Jasmin Bhasin‘s friendship continues to become more and more tense with each passing day. The Batwara task has seen the first casualty in the Bigg Boss 14 house as the game heats up. Jasmin and Rubina seem to be falling apart as they have begun hitting each other with below the belt remarks. Also Read – Bigg Boss 14, Weekend Ka Vaar, Preview: Rubina Dilaik lashes out Jasmin Bhasin; Salman Khan reveals shocking details about finale week

Bigg Boss has been steadily conducting the Batwara activity through captain Kavita Kaushik causing a shocking rift among most of the housemates. It was time for the washing room area in the Batwara activity. The Panchayat was set and Rubina presented her case about why the washroom area belongs to her team. Also Read – Bigg Boss 14, Day 49, Live Updates: Captaincy task gets cancelled as Jasmin, Rahul, Aly, Nikki and Kavita fail to come to a mutual decision

Rubina blamed Nikki for breaking her things in the luggage rooms. Jasmin, her competitor said that it was Rubina and Abhinav who were habitual rule-breakers. Things reach their climax when Jasmin threatened to reveal personal details about Rubina and Abhinav on national TV. Rubina was clearly taken aback but tried to remain unfazed with this challenge. Also Read – Bigg Bosss 14: Jasmin Bhasin comments on Eijaz Khan’s acting skills; says, ‘Aap bahut hi ache actor ho’

It even came to that extent where Jasmin told Rubina that she has finally discovered her real face and said that Rubina is kind of a person who creates a mountain of a molehill. Rubina was certainly not pleased with Jasmin’s remark.

Though Jasmin didn’t reveal anything personal about Rubina and only used it as a tool to instigate Rubina to lose her calm and hence win the task. Eventually, Jasmin won the Batwara task and became one of the contenders in the captaincy task.

However, fans are not pleased with Jasmin’s behaviour against her good friend Rubina who has been trying to make her understand what she is doing. Even Abhinav said that Jasmin has been influenced by Aly Goni and has been acting like him.

Keep watching this space for latest updates on Bigg Boss 14.