China on Monday fired a salvo of criticism against the US, threatening Washington with “firm countermeasures” if it harms Chinese interests in Hong Kong and saying America is “addicted to quitting” because of President Donald Trump’s decision to leave the World Health Organisation (WHO).

Chinese foreign ministry spokesperson, Zhao Lijian, referring to the largescale protests and riots following the death of African-American George Floyd, added that racial discrimination is a long-standing problem in the US and Beijing hoped the US government would take all necessary measures to deal with the violent law enforcement of police, so as to protect and safeguard the legitimate interests of racial minorities.

Black lives matter and their human rights should be protected, he said.

Current ties between the two countries have increasingly soured in recent months over several issues including on the origins of the coronavirus, arms sales Taiwan and ongoing disputes over trade.

On Hong Kong, Zhao said any move by the US to harm Chinese interests will be met with firm countermeasures, questioning Washington’s decision to begin ending special treatment for Hong Kong as well as actions against Chinese students and companies.

Trump ordered his administration to begin the process of eliminating special US treatment for Hong Kong in response to China’s parliament last week voting to implement a new national security legislation on Hong Kong, which, critics say, could impact the “one country, two systems” mechanism.

The US President, however, hasn’t mentioned a timeline for the withdrawal of the special status.

“The announced measures severely interfere with China’s internal affairs, damage U.S.-China relations, and will harm both sides. China is firmly opposed to this,” Zhao said at the regular ministry briefing on Monday.

“Any words or actions by the U.S. that harm China’s interests will meet with China’s firm counterattack,” he said.

Earlier, Hong Kong’s Beijing-backed government was quoted in news reports as telling the US to keep out of the national security debate, warning that withdrawal of the financial hub’s special status could backfire on the US economy.

On Trump’s announcement that the US would leave the WHO, Zhao said the “…US has become addicted to quitting groups and scrapping treaties”.

Trump announced on Friday the US would cut ties with the WHO, accusing the UN agency of becoming China’s puppet.

Modi’s plan for economic revival is a game-changer 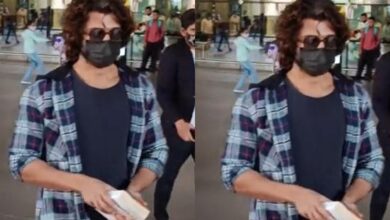 VIDEO: Vijay Deverakonda Flaunts His Style And Killer Swag As He Lands In Mumbai 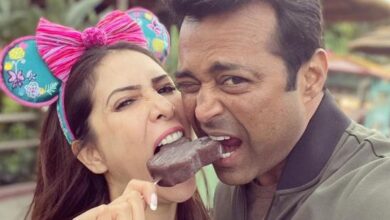