The 2000s was the golden era of Bollywood. You will hear every 90s child boasting about being able to live through that golden era of Bollywood and I mean, who wouldn’t boast about it? Bollywood pretty much shaped their entire personality. They had the best songs, the best choreography, the best movies, and the timeless icons for actors and directors. Let’s take a look at some of the best Bollywood dance songs from the 2000s that will give you an idea of how iconic that time was!

The energetic and iconic trio of Saif Ali khan, Akshaye Khanna and Aamir Khan make the song even more zestful. It is a perfect party play!

If you didn’t perform on bole chudiyan at your cousin’s sangeet, did you actually live your life?

4. You Are My Soniya From Kabhi Khushi Kabhi Gham

K3G had such a cultural impact on everyone that year that this is the third song from the album in this list!

Another sangeet song, Maahi ve drags everyone to the dance floor with its upbeat lyrics and enthusiastic music

6. Kajra re From Bunty Aur Babli

The unexpected combo of Amitabh Bachchan, Abhishek Bachchan and Aishwarya Rai Bachchan, that too in an item song is another reason why this song is so iconic. The first reason for this song to be iconic always remains the mesmerizing effect Aishwarya Rai’s beauty and charm have on us.

It’s really the time to disco when this song starts playing! The riveting rhythm and lively music make it the perfect party song!

The song is enchanting and captivating and is ideal for a lazy yet cool dance!

This song literally has the choreography in the lyrics. What other excuse are you gonna give to not dance?

10. Nagada Nagada From Jab We Met

The song has a separate and even huger fanbase. Shahid Kapoor supplies us with irreplaceable energy while Kareena Kapoor adds to the Punjabiness of the song.

The movie and the song are both very underrated. Play this at a party and always be in charge of the aux at the next parties

This song was literally every Indian girl’s anthem back then and continues to have a special place in their hearts!

This is literally one of the best feel-good songs. You don’t need to “know” how to dance to this song. Just get up and get going. It is one of the most listened to Bollywood dance songs from the 2000s

while the previous song didn’t require any serious choreography, this one will for sure need a rigorous regime. featuring the Lord of Dance, Prabhudevaand the Queen of expressions Madhuri Dixit, performance on this song will help you win hearts!

Saving the best for the last, Pappu Can’t Dance is one of the best Bollywood dance songs from the 2000s. Pappu Can’t dance saala, but you can na?

Whether you want to dance alone in your room to lift your mood or you want to get a boring party going, these songs are the best Bollywood Dance songs from the 2000s that will make even people with two left feet shake a leg on the dance floor! 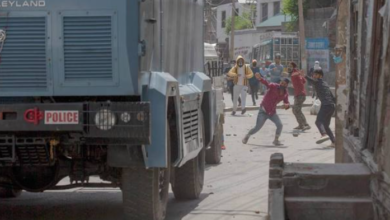 Rajkummar Rao-Patralekhaa to tie the knot in November?